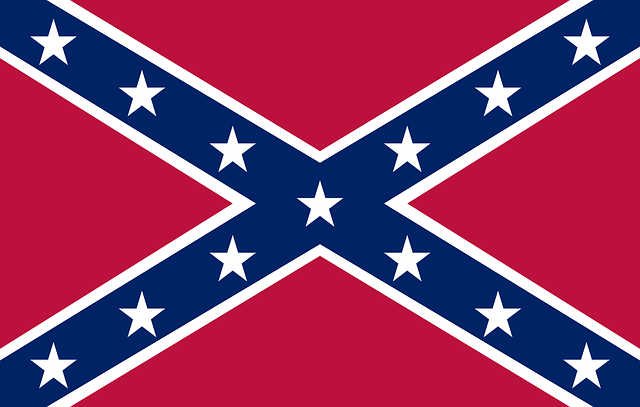 What feelings or images come to mind when you hear the word antisemite? Swastikas painted across Jewish synagogues? Jews being shot in the back of the head while standing in front of a freshly dug mass grave? How about Nazis throwing Jews into ovens and stoking hellish fires? Maybe a gas chamber with little children succumbing to pesticide fumes as their dying mothers, naked and crying, are looking at them with terrified eyes? How about the Apostles?

Would you consider the Apostles to be antisemites?

If you haven’t already, “antisemitism” is a word you will be hearing a lot more of. Along with antisemitism, words like xenophobic, racist, and all sorts of other short-circuit pejorative labels are being applied thrown around in the “news” today.

The accusations are coming from all sorts of directions – the the Anti-Defamation League – who have positioned themselves as the warriors of fighting against all things antisemitic:

To prominent lecturers in Christian Seminaries 2 who refer to to the ADL 3 as an authoritative source for all things antisemitic:

This comment from a Christian Professor of Theology wouldn’t be so bad if her public presentation of herself didn’t portray a (near) railing against the White Christian Male Patriarchy because it suggests her driving mindset when it comes to theology.

Which leads us back to the ADL saying that “Christian leaders” agree that the Jews killing Jesus is a myth.

Here is what the Bible actually says about who gets credit for killing Jesus (hover over each set of verses):

And finally, let’s not forget Jesus’ “Word of God” to Pilate:

Then Pilate said to Him, “Are You not speaking to me? Do You not know that I have power to crucify You, and power to release You?” Jesus answered, “You could have no power at all against Me unless it had been given you from above. Therefore the one who delivered Me to you has the greater sin.” – John 19:1-11

So Jesus says, ‘the one who delivered… has the greater sin’. Of course, Judas is an obvious and likely choice, but scripture specifically says who it was that delivered Jesus to Pilate:

When morning came, all the chief priests and elders of the people plotted against Jesus to put Him to death. And when they had bound Him, they led Him away and delivered Him to Pontius Pilate the governor. – Matthew 27:1-2 NKJV

Judas did not deliver Jesus to Pilate, but that doesn’t remove Judas’ condemnation (John 17:12).

There is no amount of mental gymnastics or word salad that make these truths, spoken by Jesus and his appointed Apostles, go away. Most people don’t understand why, in Christian doctrine, it was necessary for the Jewish zealots, especially the priests and elders, to be “responsible” for the death and crucifixion of Jesus (Luke 24:44-47). It is actually a central theme as to how the sacrifice of Christ was even legitimate in the first place.

But Were’t the Apostles Jews?

Absolutely! (Acts 21:39). This should be a clue to us that when the Bible refers to “Jews” it is meant it in at least four different ways: Christians (true Jews), Descendants of Jacob (genetic Jews), the Circumcision (genetic Jews and possibly Gentiles who are or were religiously circumcised), and then the Judaizers also knows as the Mutilation (who teach that circumcision is necessary to be part of God’s plan for redemption). All of them are, in some way, shape, and form, referred to or implied to be “Jews” depending on the context in scripture.

The easiest way to wrap your mind around this is to look to what you already know about the English language. Take the word exhaust, for instance: You can exhaust yourself through exercise, cars emit exhaust. These two words, though spelled and sounding exactly the same, have completely different meanings. This is known as a homophone. To say it simply, in Christian doctrine, the word Jew, when used, has different meanings in different contexts, but sounds exactly the same. The word, Jew, is a homophone. There is not a single, monolithic definition for the word Jew in scripture.

Let Your Mindset Be From Above

Every Christian does (or at least should) know that neither the Kingdom of Heaven nor its doctrine have any association with race-based hatred, separation, or exclusion. Genetically speaking, the family of Christians is made up of Jews, Gentiles, Europeans, Africans, Asians, Latins, Indians, and every shade in between (Galatians 3:27-29; Colossians 3:10-11).

As such, the “desegregation” cultural propaganda seeks is not the same desegregation Christ teaches. The world desegregates based on race. Christ desegregates by birthing the “new men” who are comprised of many earthly genealogies. These “new men” are of one spiritual race, the race whose King is Christ. A brother and sisterhood not based on physical genetics, but spiritual “genetics”.

So, if they call you an antisemite or a white supremacist or a misogynist or whatever. It doesn’t matter. Hold fast to the teaching and tradition handed down by Christ and His Apostles. They have called, and continue to call Jesus much worse than that (John 15:18-20). Don’t be afraid of their false accusations (1 Peter 3:14) and false witnesses who will twist what you say… just like the non-believeing Jews did to Jesus (Matthew 26:59-61).