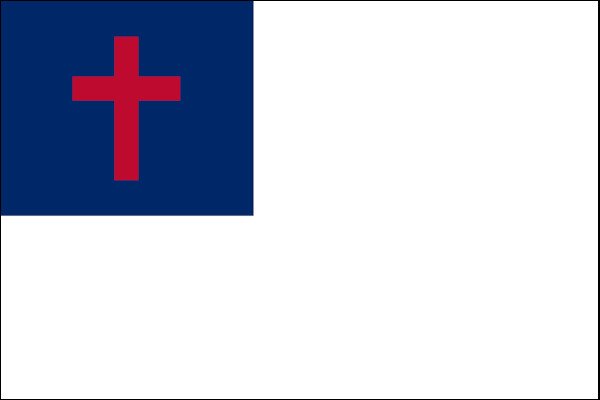 If you haven’t watched the video that was presented at the end of Part 3 in this series, you will need to watch it prior to continuing this article. The following definitions come from Webster’s 1828 Dictionary:

Nation (noun) – Originally denoted a family or race of men descended from a common progenitor, like tribe, but by emigration, conquest and intermixture of men of different families, this distinction is in most countries lost.

Christian (adjective) – Belonging to the religion of Christ; relating to Christ, or to his doctrines, precepts and example.

Belonging to the Religion of Christ

In light of those definitions, we must ask ourselves, did the United States belong to the religion of Christ? We offer four key pieces of evidence to guide us:

First, the explicit rejection of the label “Christian”. As we pointed out earlier, the authors of the Constitution had an explicit opportunity to enshrine the establishment of a Christian nation in law when they were discussing the wording of the first amendment:

[A]ll men have an equal, natural and unalienable right to the free exercise of religion, according to the dictates of conscience; and that no particular sect or society of Christians ought to be favored or established by law in preference to others – George Mason suggested this wording for the First Amendment to the Constitution 2

That text was rejected in favor of the more vaguely worded text that we have today – absent of any reference to any particular religion.

Second, explicit rejection of the foundation, ratified in the Treaty of Tripoli:

…the Government of the United States of America is not, in any sense, founded on the Christian religion; [having] no character of enmity against the laws… of [Islam]

Third, and seemingly contrary to these first two pieces of evidence, comes from the 1780 Constitution of Massachusetts, which was written by none other than John Adams, signer of both documents previously mentioned, the Treaty of Tripoli and the Constitution of the United States. In his state constitution, he wrote the following:

…the legislature shall, from time to time, authorize and require [government and religious societies] to [provide], at their own expense, for the institution of the public worship of God, and for the support and maintenance of public Protestant teachers… all cases where such provision shall not be made voluntarily.

Any person chosen governor, lieutenant governor, councillor, senator or representative… shall… declare, “I believe the Christian religion, and have a firm persuasion of its truth…”

These provisions remained in the constitution well after the signing of the US Constitution, and survived, in large part through the first Constitutional Convention meant to amend the Massachusetts Constitution.

The fourth piece of evidence is the consistent actions taken to avoid placing Christ’s name into the Declaration and Constitution:

About the time of the Civil War (fought around the issue of slavery and states’ rights), godly men began to openly acknowledge the obvious failure of the framework set up by the “Founders”. These godly men asked the plain question – How could a nation claim to be Christian while at the same time taking up arms against one another in the Civil War?

Widespread sentiment at the time of the Civil War was that “slavery was not the root of the problem”5 between the states; rather, it was “the natural outworking of the religious defect in the Constitution of the United States”.6 More specifically, that “the Civil war [was] a judgment of God upon the nation for…[failing] to mention God or Jesus Christ in its fundamental law .“7

It had become painfully obvious (according to Noah Webster’s definition of a nation) that the born-again family of men who had come over for the specific purposes of furthering the Gospel and Christian influence, had, through intermixture of men of different families, lost their distinction as a nation.

This prompted the creation of the National Reform Association which sprung from Presbyterian churches. They put forth 2 formal statements:

Resolved, 1st. That we see in the present civil war God’s controversy with this nation for their rejection of his name and authority, the prerogative and law of his Son, and for trampling upon the inalienable rights of man.

2nd. That we call upon this nation so to amend the Constitution, which is the basis of the Union, as to acknowledge God, submit to the authority of his Son, embrace Christianity, and secure universal liberty.8

Since the establishment of that organization, they, and other organizations, over nearly the past two centuries have attempted time and again to amend the Constitution.5 with the following language:

WE, THE PEOPLE OF THE UNITED STATES, [recognizing the being and attributes of Almighty God, the Divine Authority of the Holy Scriptures, the law of God as the paramount rule, and Jesus, the Messiah, the Saviour and Lord of all,] in order to form a more perfect union . . . do ordain and establish this Constitution for the United States of America…10

Then President, Abraham Lincoln is even quoted as saying, “Gentlemen, in your former visit you requested of me two things. During the first term of my administration I was able to secure your first request. It is my hope that during my second term I will be able to secure [the adoption of a suitable recognition of the authority of our Lord Jesus Christ in the Constitution of the United States].”5 The President would be assassinated before he had his chance to do so.

Even after this, the proposed amendment actually made it to the halls of Congress. However, it never gained enough traction to get beyond technical proceedings.

To summarize, time and again, the overarching legal documents for this country have resisted the application of the name of Christ. Because of this, many will argue that when the framers spoke of religion, they meant Christianity because to them it was the only one that was relevant to the time. Do not buy into that argument. These men were not ignorant of history. Europe had survived the onslaught of religion, be they labeled as Christian or non-Christian: Islamic invaders, the Inquisition, bloody Mary, etc, but still referred to all of it as “religion” – Islam, Protestantism, Catholicism, all of it as “religion”.

Many of the people within the nation, and many of the so-called “founders” of the nation were Christian, and judging by state constitutions at the time, it was no secret that everyone wanted their states to be led by, and their representatives selected from among Christians. But even then, at that time, and among those people, the softening of the language had begun until we have what we have today. In most of the state constitutions, we have references to God or a God, but not to His Son – the designated name-sake.

Conclusion – In the Garden

Regardless of intention – regardless of whether or not the laws were written with a Christian-ish bent to them, it is clear from Adams’ own words that the framework was not made to to prevent the lawless one from coming. To say that the United States is “founded on Christian principles” without the cornerstone of the NAMED Christ – is to set a foundation that has a form of godliness, but denies its power. Without a cornerstone, marked with the name, we have no sure reference point when the walls become a little crooked and begin cracking. Why did I ask you to watch the video about Noah Webster at the beginning of this article? Because without Christ – without the Word of God, the definitions of liberty, morality, and religion are open to become whatever man desires. As Jesus said, a tree will be known by it’s fruit.

The serpent brought Adam and Even into slavery – but disguised that slavery as liberty, morality, and religion. They would have liberty (through choice), morality (the ability to recognize good and evil according to their own understanding), and religion (to become like God) – the only thing they needed to do to obtain these three “good” things was to ignore God’s command. They would need to choose to exercise their liberty, they would take evil into their being in order to exercise their knowledge, and would become like God by failing to lift up His Authority. Today, it doesn’t matter what the Garden of Eden once was, only that the Word of God was ignored and brought tragedy upon the world. We should learn from that history and just believe God’s Word – and His Holy Son… period.

In the same way, the question of what the United States once was is mostly irrelevant to what it is today or what it should be in the future. What it should have been, and what it should be remains the same. To argue that “America was founded as a Christian country” totally misses the mark of Christ. As scripture says

As John 18:36 and Philippians 3:20 remind us, we must remain vigilant living in these kingdoms that are not ours. Peter reminds us to live as sojourners and pilgrims among the nations (1 Peter 2:11-12). And Hebrews 11:15-16 reminds us that we must continually resist the temptation to return to the country from which we were called out of, and keep our minds focused on that heavenly country. As the darkness gets seemingly darker, we must shine like the stars in the heaven.

I leave you with the reminders of the path Christ encouraged us to walk that we may receive the blessings of heaven:

Mathew 5:10-12 NKJV – Blessed are those who are persecuted for righteousness’ sake, For theirs is the kingdom of heaven. “Blessed are you when they revile and persecute you, and say all kinds of evil against you falsely for My sake. “Rejoice and be exceedingly glad, for great is your reward in heaven, for so they persecuted the prophets who were before you.

Luke 6:22 NKJV – Blessed are you when men hate you, And when they exclude you, And revile you, and cast out your name as evil, For the Son of Man’s sake.

And these verses that encourage us in our good works toward righteousness:

John 15:24-25, 27 NKJV – “If I had not done among them the works which no one else did, they would have no sin; but now they have seen and also hated both Me and My Father. “But this happened that the word might be fulfilled which is written in their law, ‘They hated Me without a cause.’ … “And you also will bear witness, because you have been with Me from the beginning

1 Pe 3:14 NKJV – …even if you should suffer for righteousness’ sake, you are blessed. “And do not be afraid of their threats, nor be troubled.”